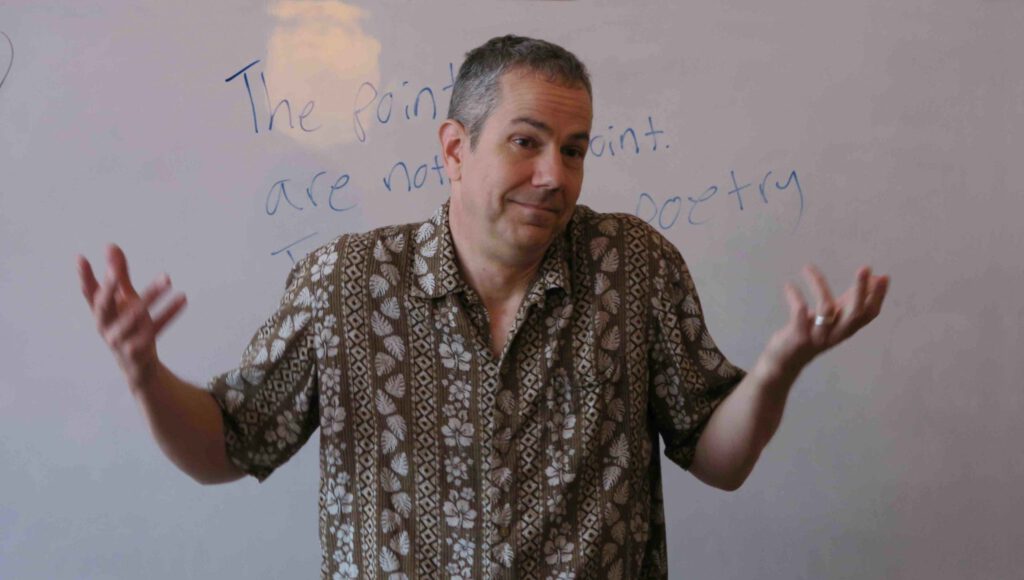 I read with former Nebraska State Poet Twyla Hansen tomorrow night in Kearney. Read about that and my rants on writing poetry in a pandemic here: kearneyhub.com/news/entertainment/explore-social-emotional-landscape-with-state-poet-matt-mason-at-kearney-public-library/ 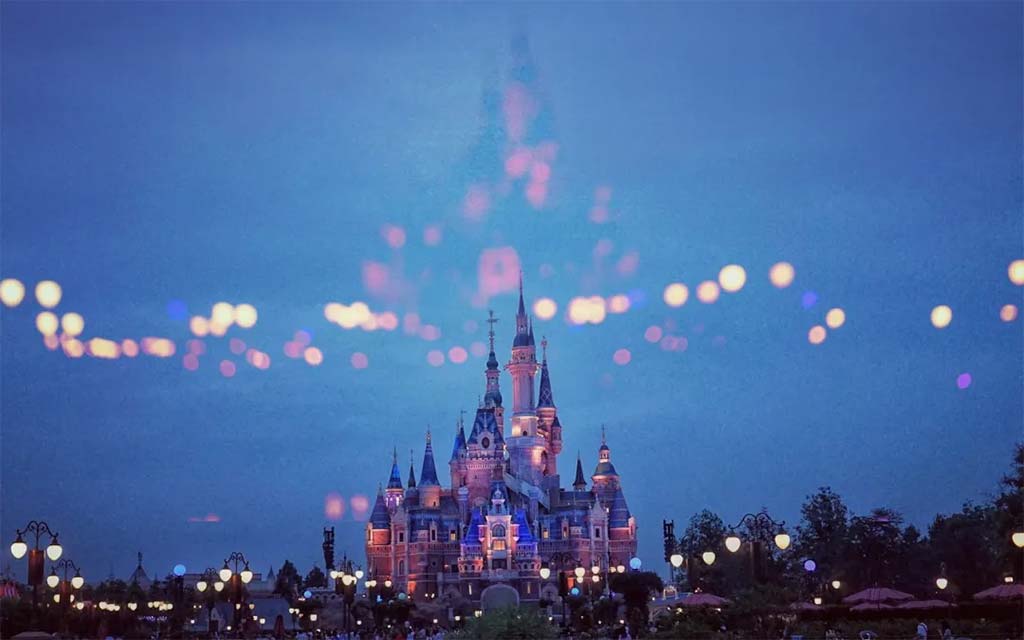 I have three new poems up on Green Mountains Review that are sneak previews of my two upcoming books! One is from my book of Eighties rock poems coming in 2023, the others will be in At The Corner of Fantasy and Main! 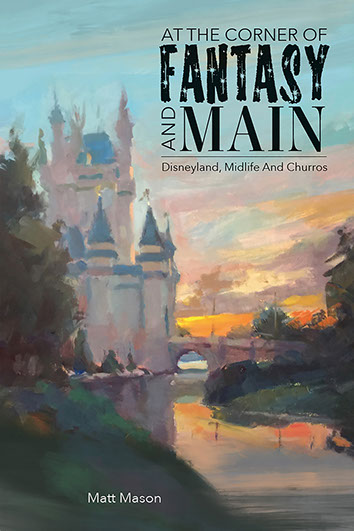 Coming this spring! Pre-Order my new book now from The Old Mill Press!

At the Corner of Fantasy & Main: Disneyland, Midlife and Churros is now available to order. Free shipping, autographed, the works! And don’t just take my word:

“Matt Mason thrives at the crossroads of Disney and Whitman. This is page turning poetry that is Walt-to-Walt nostalgia sprinkled with cinnamon-sugared fairy dust. At the Corner of Fantasy and Main is an E- ticket ride back to an age of cinnamon sugar-coated vacation fantasies seen through the Viewmaster with a poet’s perspective. You will want to get back in line to ride these poems again and again.”

Pat Hazell, host of the podcast Creativity in Captivity

“Matt Mason is a true Disneyland fan which shines through in all of his Disneyland poetry. Memories of the Happiest Place on Earth will come flooding back with these witty and nostalgic poems. A must read for any Disneyland fan!”

I’m venturing out for a couple readings this week. Mask up and join us (or catch the 1/20 events via Zoom!):

Via Zoom and on campus. Join us for a reading, a writing workshop, and an afternoon of creativity and inspiration–and learn more about English and Humanities opportunities at Chadron State. Events will also be shared via ZOOM (Contact mevertson@csc.edu for log-in information or if you have any questions). 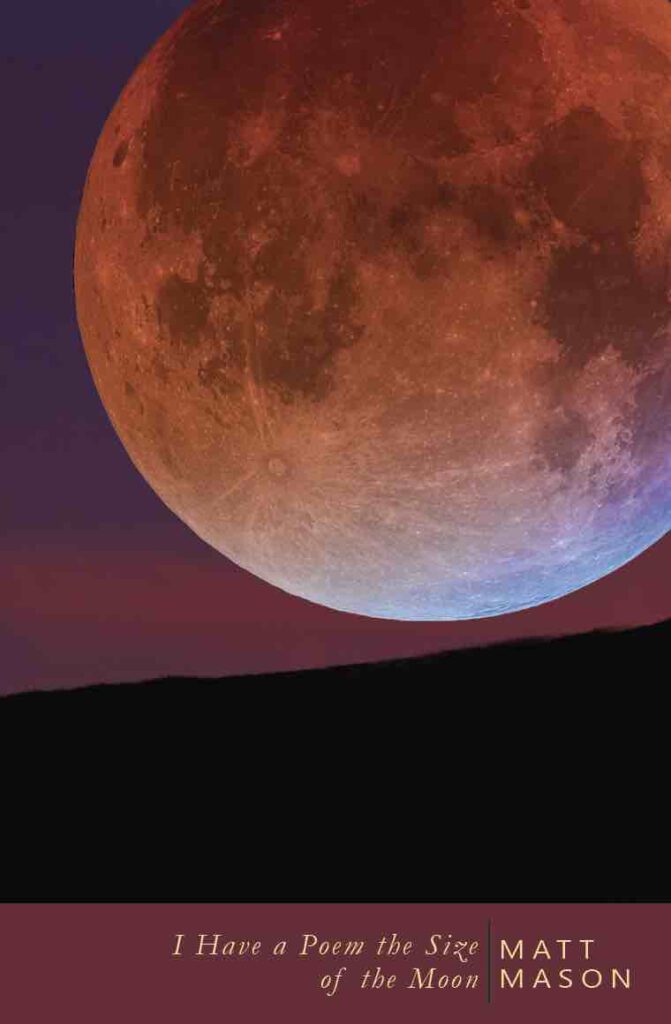 Here are a few times this next month I’ll be reading from my new book, I Have A Poem The Size of the Moon, including the official Book Launch Party (with donuts): 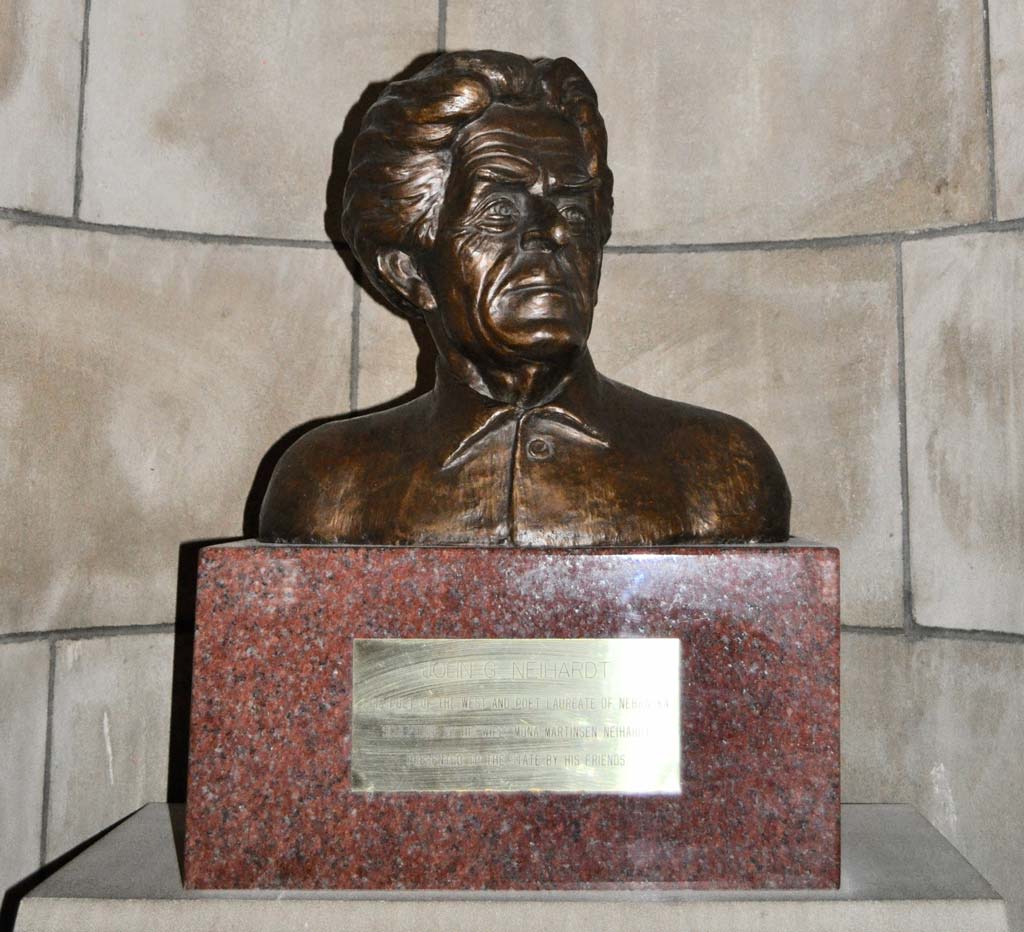 I was honored today to be asked to speak at a ceremony in the State Capitol to celebrate the 100th anniversary of John G. Neihardt’s Inaugural Address as Nebraska’s Poet Laureate (A title which he still holds!). You can read my comments here: https://midverse.com/the-100th-anniversary-of-john-g-neihardts-laureate-address/

These are my comments delivered in the State Capitol (By the bust of Neihardt) for today, June 18, 2021, on the 100th Anniversary of John G. Neihardt’s Address as Nebraska’s Poet Laureate.

As Nebraska’s State Poet, I am honored to be here today. I am, of course, named the “State Poet” and not “Poet Laureate” because we are Nebraska and we aren’t afraid to be different: We are a state with a unicameral, with cities we call Norfolk and Beatrice (pronounced, of course “Nor-Fork” and “Bee-AT-riss”), and we have John G. Neihardt, who has been our Poet Laureate for 100 years and counting. I feel we missed an opportunity after Bill Kloefkorn, the first named as State Poet, when we didn’t create a new title for each appointee: that they would have then needed to come up with a new title for Twyla Hansen and then one for me, on into the future where it would get more and more interesting as they stretch for new honorifics.

In any case, this is a great day and I am glad you are here with me to celebrate it.

When John G. Neihardt was named Nebraska’s Poet Laureate in 1921 by the state legislature, signed by Governor McKelvie, I believe one or two other states did have poets laureate in name, but Neihardt became the first official governmental appointment of a poet in U.S. history.

What particularly thrills me is that we are here to celebrate this, 100 years to the day, that John G. Neihardt spoke at a ceremony in celebration of poetry, of who he was and what he stood for and saw as our responsibilities in this world. In that, he gave a speech with some of my favorite things: he spoke about poetry (and how wonderful it is), he included scripture, and had a firm focus on what’s right, starting and ending his address on the interconnectedness of all of us as people with responsibilities toward one another.

And this showed in Neihardt’s poetic work: He spent most of his time telling the stories of workers, soldiers, people of the Plains tribes; his writing made sense for a state whose motto is: “Equality Before The Law.”

His fame in 1921 came, in large part, due to his A Cycle of the West, which he was working on and would become a 5-book work compared to masterpieces like the Odyssey, Illiad, Aeneid. The Cycle told stories of the American West and not just stories about conquest: the protaganists of his last 2 books are Native Americans; Neihardt, of course, went on to write the popular Black Elk Speaks and have a close relationship with Black Elk and his family. According to History Nebraska, “…He was striving toward a more inclusive vision of America than people anticipated in 1921.” That is to say, he was ahead of his time.

Neihardt’s address 100 years ago began: “I want to talk to you about the technique of Poetry and the relation of that art to education and the social process in general.” (p.15)

As a poet, I would love to see more speeches resulting from legislation start this way: “I want to talk to you about the technique of Poetry…”

This was, of course, 1921: a few years after the first World War and the epidemic of 1918, a lot was laid bare and changing in the world and, in his address, Neihardt said of this:

“…we have been living in one of the most materialistic ages that have ever been known, and of the many ideals that have suffered, that of education has not suffered least.” He describes education as “fundamentally a spiritual process,” calling on education to be something which does not result in “…the classification of men and women by what they possess rather than what they are…” as he saw the world doing previous to and leading up to the war. To Neihardt, education was: “…not an end, but rather an endless process, a manner of becoming, a spiritual direction.”

He talks about communication and its limitations: “From the first conscious attempt to convey an urgent meaning by means of onomatopoeic grunts, to the latest literary masterpiece, language has been an inadequate means of communication.” (p. 21)

As a newspaper of the time said about Neihardt, the Gering Midwest wrote: “In some of his verses he flays with merciless vigor the wrongs that exist today, and he lays stripes upon the backs of those who exploit the poor and wax fat on special privilege. He writes with a candor that is as refreshing as it is vigorous, and he attacks wrong in high places with all the ardor of a soul that has everything in common with the poor and weak.”

And talking in his address 100 years ago about the world and the changes coming to it, he spoke of the world previous to the War as “…something was fundamentally wrong with this new social order in which the individual might freely seek his own selfish ends without regard for the general welfare of society…” (p. 38)

He calls on us to not just look out for one another but to take responsibility for one another: “Men began to see how poverty increased among the many, how huge fortunes accumulated with the few, and how the souls of men were being warped and stunted at both extremes of the social scale; for too much is quite as deadly as too little.” (p. 39)

Neihardt felt we had both the opportunity and the responsibility to move beyond such things and told us, 100 years ago today, to finally learn: “What the slow, pitiless years of Man’s inhumanity could not teach us, the great catastrophe taught. After all these centuries of lip service we begin to see at last how he who taught that a man must be his brother’s keeper and that one must love one’s neighbor as oneself, was no impractical dreamer mouthing pretty sentiments for Sunday repetition, but an intensely practical thinker pronouncing the fundamental law of all sane human relations…”

He centers his address as Poet Laureate around this, around taking care of one another, not piling up personal wealth, because he sees poetry as “…a means of communication in the higher realms of human consciousness,” it is not just a literary hobby or pastime, it is “a social phenomenon.” (p. 40)

So thank you, John G. Neihardt. Thank you, poet. I promise you in these next 100 years, we will work harder to give true honor to your words which we celebrate and remember on this day.

My Third Book is Now Available

My 3rd book, I Have a Poem the Size of the Moon, is now available from Stephen F. Austin University Press! You can order from any local or online bookseller. The book is about Nebraska. And outer space. And a few things in between.

Mason is a rare poet whose skill reveals itself in layers to seasoned readers; but is equally charming in the ears of coffee shop bystanders or teenagers in the classroom.

Nano Taggart, co-founder of Sugar House Review and author of Engine of Color/Motor of Form

I’m excited to announce I’ll be teaching a 4-week class through Awful Good Writers called “I’m Not Going To Write A Poem About The F^*&ing Pandemic”. It starts at the end of February, full details and registration are at: awfulgoodwriters.com/courses/matt-mason-im-not-going-to-write-a-poem-about-the-fucking-pandemic/.

It’s been a busy couple of months, and I have another poem featured this morning by the New York Times’ “Morning Update” newsletter in response to last week’s attack on the U.S. Capitol.

Behind Capitol Violence, Poet Finds ‘a Speech That Caught the Right Ears’